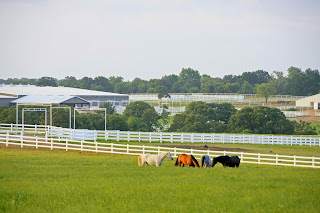 What a beautiful facility.
All images by Canon 1D's and 7D's. 70 to 200 L IS version 2 used for most images.
http://www.mrquigleyphotography.com/
Last week we had a chance to go to Guthrie OK, for the CMSA Summer Classic. This event was held at the beautiful Lazy E facility. If you have never been in this part of horse country well simply said its beautiful! Gently rolling hills decorated with white fencing and beautiful horses... fill these pastures. 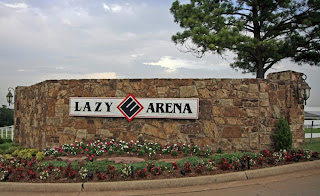 The Lazy E is one of the finest arenas in the nation. 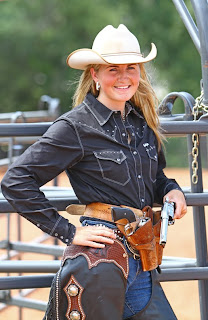 Jesse Kuka was the top winner of this fulfilled mounted shoot! Her and Rock Clark were close but girls prevailed in the end. 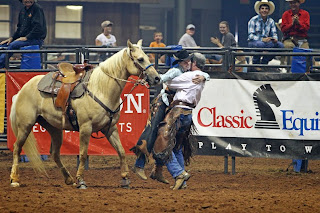 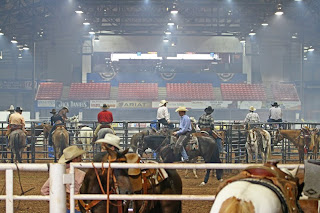 Indoor arena.
The Lazy E arena is one of the largest indoor arenas in the nation. Its climate controlled and even the warm up arena is inside! 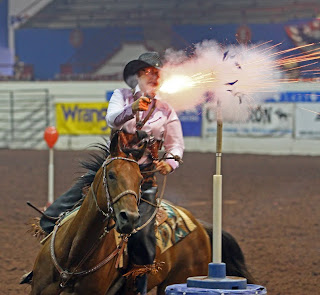 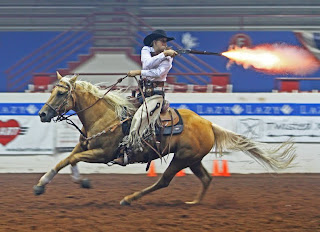 Reaching back for the last rifle shot. 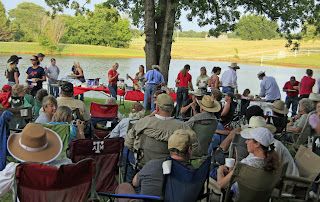 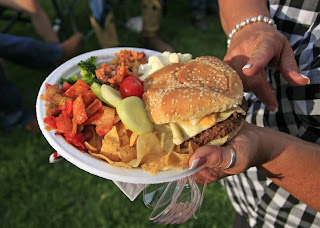 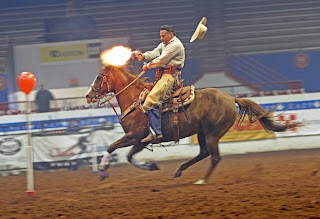 Got the balloon... but lost my hat. 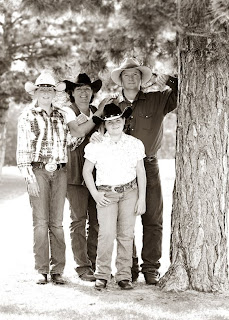 A great place for a family portrait.

Come join us next year at this fantastic facility. You will love the beauty of the area and riding in this indoor arena. By the way it has some of the best dirt in the nation. I didn't photograph any crashes all weekend.
Not the norm for me.
Ride safe and travel smart.  Mark
Posted by Mr. Quigley Photography at 7:16 PM